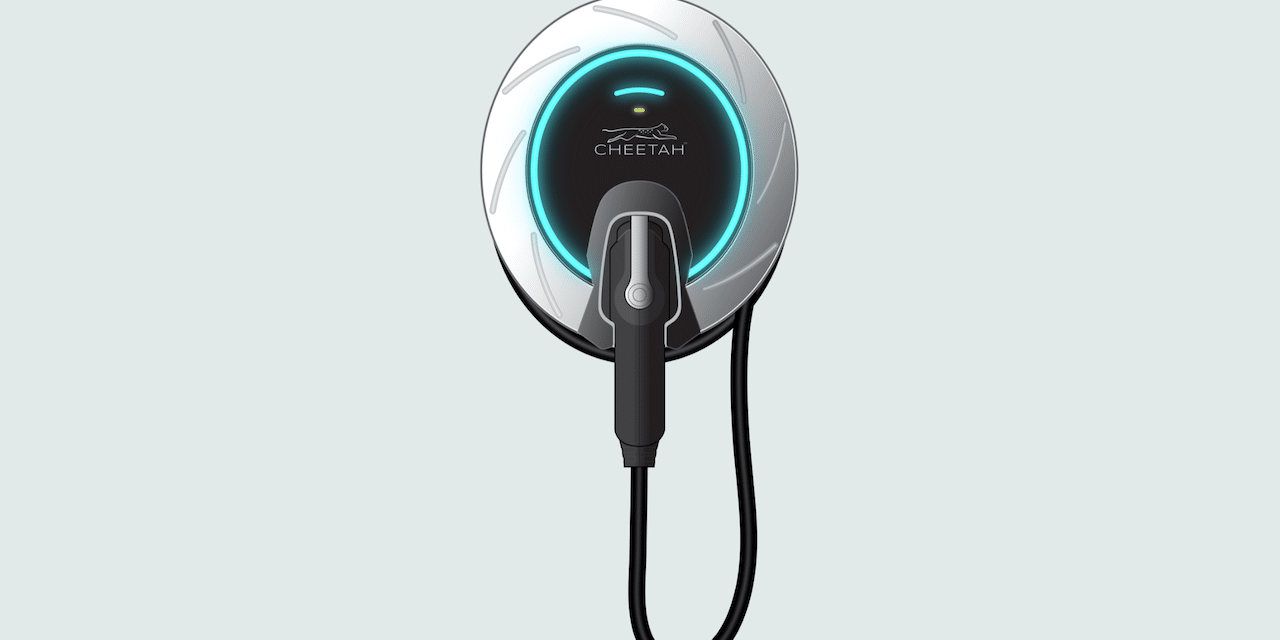 EV charging companies have been showing their wares at CES for years now. But this year, the stakes — and opportunities — are a bit higher.

With dozens of electric passenger cars and commercial fleets expected to hit the market in just a few years, EVs are pushing into the mainstream. That larger market comes with a price: Mainstream consumers expect charge times that are akin to gas refueling times, are accustomed to good user experience design and probably haven’t ever had to think about peak and off-peak energy grid hours.

Charging companies and smaller startups that showed up at CES this year seemed cognizant of that shift and pitched products that were faster, more connected, easier to use, easy to install and built to work with the electrical grid. The takeaway: EV charging companies, keen to reach this bigger customer base, revealed products designed to hit just about every use case, from commercial fleet charging to at-home charging, from vehicle-to-grid tech to monetizing advertising space on chargers.

With the global EV charger market expected to grow from $3.23 billion in 2020 to nearly $11 billion in 2025, the industry still has space for new entrants before it consolidates around a few giants, many of whom did not grace CES with demos or news. The smaller companies that showed off tech at CES are standing out with unique solutions, lots of connectivity and upgraded charge speeds.

JuiceBar, a Connecticut-based EV charging company that’s really playing the Made in America card, unveiled its first residential charger at CES — the Cheetah, aptly named for being quick, so the company says.

The company, which says it will credit $1,000 for every old charger that is exchanged for one of its new chargers, will be selling its Cheetahs sometime in 2022. JuiceBar has hundreds of commercial chargers, both public and private, across the U.S. and Canada, the same markets that will see the new at-home charger.

The Cheetah will be available in 16, 32, 40 and 48-amp configurations and 120, 208 and 240 input voltages, which after seeing what Blink is putting out, doesn’t make JuiceBar the fastest Level 2 on the market, but it’s close. The Cheetah also has Bluetooth, Ethernet, Wi-Fi and cloud connectivity, which helps for Smart Grid charging. It has a 25-foot cord with an optional tangle-free cord retractor.

For peace of mind when charging at home, the Cheetah also is built with dual safety relays, which allows the second relay to open and break the circuit in the event that the first closes and fuses shut. The charger’s power is backed by 100% certified carbon reduction projects that offset the carbon footprint of the charger, according to JuiceBar. The company is buying carbon offsets for the first year. After that, buyers can continue to purchase carbon offsets on a subscription basis of less than $1 per week.

The Cheetah will be available for consumers in late Q2 or early Q3, a spokesperson told TechCrunch. They’ll initially be sold through third parties such as auto dealers, housebuilders and utility companies in the U.S. and Canada.

Blink came to play, with four new charging products this year, including one DC-fast wall-mounted charger and three Level 2 chargers — one designed for fleet and multiunit applications, another for home applications and the last for integrating advertising displays. All of the chargers come with 4G LTE and Wi-Fi connectivity, as well as smart capabilities that allow for things like fleet management integration, load sharing technology and energy use management.

Specifically designed for fleets, workplace and multifamily locations, this 50 amp charger comes with Plug & Charge functionality, which can automatically identify vehicles through the unique and encrypted flow of information from the vehicle to the charging station. As its name suggests, this means drivers will simply have to plug in to begin a charging session.

The MQ 200, which will be available by the end of Q1 this year, comes with Smart Grid functionality for direct utility communications and local load management across two or more chargers, which allows for the installation of two to 20 chargers on a single circuit, ideal for overnight fleet charging. It also communicates with the Blink Network, software that connects Blink chargers to the cloud, as well as the Blink Fleet Management Portal, which was also launched at CES. The portal gives fleet managers a dashboard to track charging and load management, chargers, vehicles and drivers.

The HQ 200 is Blink’s updated residential charger, a Level 2 charger with 50 amps, up from last generation’s 30 amps. The extra power at home, as we’ll see with other EV charging companies, is a trend this year as companies race to find ways to decrease charge time.

While customers can choose to go for a basic charger with no bells and whistles, the smart, Wi-Fi-enabled version is really the one that intrigues us. The HQ 200 is one of Blink’s first chargers to come with vehicle-to-grid technology (V2G), which allows EVs to charge during off-peak hours and give back to the grid from energy stored in the EV battery during peak hours when there’s high demand.

The HQ 200 also connects to the Blink Mobile App to instantly start a charge, schedule charging times and set reminders. It will be available by the end of Q1 this year.

DC Fast wall-mounted for two cars at once

The DC Fast Wall 50 kW can be wall-mounted or set up on a pedestal, and it can charge two cars at once, which makes it ideal for fleet, retail and streetside charging and high-traffic locations. It has up to 150 amps of output and V2G tech, a 10-inch touchscreen display and the ability to bill for charges based on time, kWh or per session. It also allows for remote management and energy usage reports via the Blink Network, and an RFID reader allows for users with a member card, RFID credit card or mobile app to start a charge.

“The price point will also make it attractive for locations that otherwise may not feel they can afford DC fast,” a Blink spokesperson told TechCrunch. “The DC Wall 50 kW costs less than $20,000, while existing equipment today typically starts at $35,000.”

This Level 2 charger comes with one or two 30-inch LCD screens for dynamic digital media displays, allowing for full-service advertising capabilities — ideal for retail, hospitality, municipal and high-traffic locations. Property hosts will be offered revenue share opportunities for both charging and advertising income, the latter of which will be managed through a third-party vendor.

The Vision IQ 200 is equipped with one or two 80-amp IQ 200 chargers, and it features easy payment via RFID, Apple Pay, Google Wallet and all major credit cards, as well as other smart functionalities like remote management and real-time energy usage reports.

The DC Fast Wall will be available later this year, said Blink.

E-Lift came to CES to introduce its new customizable GS Pop-Up charging station, which the Dutch company hopes to launch in North America soon. The little station comes with up to four plugs for simultaneous charging, and it can be equipped with sensors that link to E-Lift’s Sustainable and Smart Energy Management System (SENSE).

The SENSE platform is a management system for users’ mobility and energy needs. Customers can log in remotely to monitor and manage their mobility and energy-consumption data, “resulting in a cost-effective energy transformation that is beneficial for governments and companies looking to reshape their future with the use of renewable energy resources,” the company said in a statement.

Wallbox introduced its Quasar 2 at CES this year, the latest generation of its bidirectional home charger. This one not only allows EV owners to charge and discharge their EV to power their home or the grid, but it also allows owners to isolate their home from the grid and use their EV for backup power during a blackout, even if it’s caused by a natural disaster. Wallbox says its Quasar 2 can power a home for more than three days during a blackout.

The vehicle-to-home (V2H) functionality should help EV owners save money on home energy costs, says the company, particularly in states where power rates are related to demand. Users can schedule charging sessions to happen when rates are low, and those who have solar power installations can store excess energy in their EV during low usage periods.

The Quasar 2 provides 48 amps of power, comes with CCS compatibility for rapid-charging vehicles like the Jaguar I-Pace or BMW i3 and connects to the myWallbox app through Wi-Fi, Bluetooth, Ethernet or 4G.

Wallbox didn’t share how much the Quasar 2 would cost, but said it would be comparable to Quasar 1, which costs about $4,000. It plans to launch by the end of the year.

Electric cars aren’t the only vehicles hitting the market. Micromobility vehicles need some love, too. That’s why Meredot unveiled its first commercial Wireless Charger designed for e-scooters, e-mopeds and other vehicles like food delivery robots and wheelchairs. The charger takes the shape of a physical pad that can either be placed above or below ground, and it charges vehicles that have been equipped with a receiver when they are parked on top of it.

Meredot is targeting micromobility OEMs and fleet operators for its Wireless Charger. It’s ready to go to market and license its tech to companies that want to offer a novel and potentially hassle-free way of giving vehicles a charge. For micromobility fleets in particular, charging scooters and bikes, even when they have swappable batteries, is one of the major cost-suckers, so this kind of tech could potentially be a game changer.

“The Meredot Wireless Charger delivers a new, distributed architecture that helps achieve greater site capital efficiency and scalability, saving energy and costs,” said Roman Bysko, CEO and co-founder of Meredot, in a statement. “The Meredot Wireless Charger can become an infrastructural foundation to a new micromobility charging experience benefitting both operators and riders.”

The company claims its tech can charge 50% more e-scooters on the same surface compared to traditional cable charging systems, which can lead to serious savings for charging sites.