In 2020, the world embarked on an unintended transportation experiment that would have been previously unthinkable. With far fewer cars on the roads due to Covid-19, traffic and pollution plummeted in the first half of 2020 as cities shut down. This “experiment” was a visual insight into the electric vehicle (EV) future.

Climate change is quickly moving up the agenda for governments, consumers, employers, employees, and businesses. Companies that do not put climate change on the top of their agenda could see an increased equity risk premium and higher insurance costs, and they could fail to attract the best and brightest employees.

Economic necessity is accelerating change. Battery prices continue to fall. At this rate, BNEF predicts we will see price parity with the combustion engine (before incentives) in the next two years. We believe it will be even sooner. Taking the five-year cost of ownership into consideration, the Tesla 3 is already a better deal than a gasoline Toyota Corolla XSE or Corolla L (and a lot more fun to drive).

Based on today’s grid mix, EVs obtain, on average, 88 miles per gallon. With the increasing use of renewables to generate electricity, this equation gets better. For fleet operators, the economics are very compelling. According to McKinsey, local and regional routes will likely be the first to electrify by using vehicles such as delivery vans and school buses that can be charged overnight using level-two or AC chargers. Apart from lower fuel cost, minimal maintenance and downtime, the average EV fleet lasts five years — more than twice as long as gasoline vehicles. School buses provide similar economics to cash-strapped municipalities with the additional benefit of removing high levels of harmful diesel particulates. 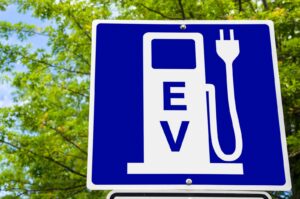 The tipping point for mass adoption of EVs is approaching faster than expected. According to a Volvo study (via The Drive), almost 50% of potential buyers claim that the lack of robust charging infrastructure is the single factor keeping them from purchasing an EV, and more than 55% of potential EV drivers claim that range anxiety and fear of running out of power is the top barrier to purchasing an EV. Once people buy an EV, however, customer satisfaction is high; according to a survey cited by Electrek, only 1% of EV drivers indicated a desire to return to an ICE vehicle.

Bloomberg reports that EV sales are poised to rebound faster compared to traditional automobiles post-Covid-19. Lyft has joined fellow EV adopters Amazon and UPS with an ambitious plan to convert its entire fleet to EVs. Ryder Trucks and ABB have partnered with In-Charge to convert their fleets to EV. The all-important electric SUV and pickup truck launches coming in the next 18 months include the best-selling Ford F-150, and Tesla is reportedly already holding over 650,000 reservations for the Cybertruck.

The key question becomes whether the EV charger infrastructure is sufficient to support mass adoption. The simple answer is no. We have an insufficient number of level-two chargers — the backbone of the EV infrastructure. Should municipalities and companies take the leap to support EV charging? The answer is, unequivocally, yes for building owners to attract tenants, retailers to attract shoppers and the hospitality industry to attract travelers. McKinsey believes charging in residential and commercial buildings is the dominant place for the foreseeable future and will remain key to scaling the industry. This will require upgrading buildings’ electrical infrastructure and careful planning of a building’s electrical distribution system.

Automobile companies can also make bold moves such as committing to EV-only production by the year 2025 to progress sales of electric vehicles. Volvo announced its plans to end sales of gas-powered vehicles by 2025. GM and Hyundai have already taken a step in that direction by announcing a commitment to 30 new global EVs and 23 battery-electric vehicles by 2025, respectively. GM also initiated marketing rebranding to underscore its commitment to mass adoption of EVs. Ford announced an even deeper commitment to EVs with the construction of the new Electric Vehicle Center, which is part of a $700 million investment in building the all-new F-150 lineup.

Read the Full Article on Forbes.com